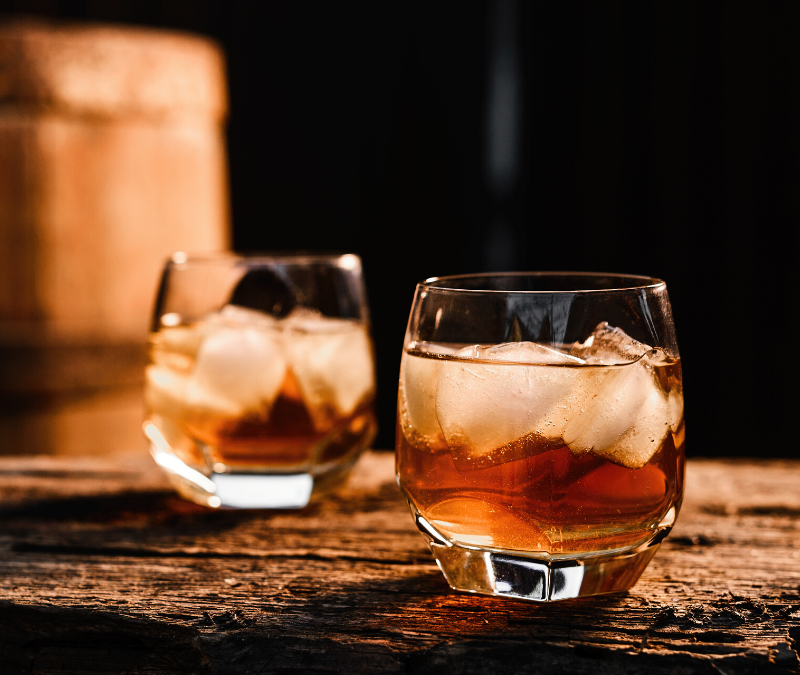 The famous saying goes: all bourbon is whiskey, but not all whiskey is bourbon. But what does that mean?

The government has set forth strict guidelines and regulations for what can be labeled bourbon.

How Do the Flavor Profiles Differ?

American bourbon tends to have a richer caramel and vanilla profile than its whiskey counterpart. Naturally, this make bourbon smoother. The proof of bourbon will also determine how intense the flavor and burn is.

Why is the government so strict when it comes to regulating bourbon? In the 1800’s it was widely known that distillers diluted and tampered with their whiskey. The government stepped in with the Bottle in Bond Act of 1897 making the U.S. the guarantor of bourbon’s authenticity.

Bourbon is highly regarded as a “native American spirit.” However, this wasn’t always the case. It use to be viewed as a cheap, commodity spirit in the early 1900’s. Thankfully, distillers today have redeemed the name of Bourbon and themselves.

Given that Bourbon is a true, authentic product of America with a long, rich history, we don’t see it disappearing any time soon. So whether you prefer bourbon, Kentucky whiskey, or something from across the pond, you now know the difference between bourbon and whiskey.